The cross-sector coalition is bringing the North East region together to tackle the climate emergency, to reverse ecological collapse and deliver a just transition to a new green economy.

The unique history of the North East as the birthplace of the industrial revolution and innovations such as steam engines, deep pit mining, electric turbines and power stations which built the historic wealth of the region through coal, places a responsibility and an opportunity for the region to be at the forefront of the next industrial revolution – one based on a green economy with good jobs, better quality of life and enhanced natural assets for everyone to enjoy.

CPC & the NHC are proud to be a key partner in NEECCo alongside a wide range of public sector, private sector, and community sector organisations. We truly believe that we can go further and faster together, for the benefit of our people, communities, and economy in the North East.

That’s why since late 2020, the NHC has been convening a housing retrofit workstream as part of NEECCo. This work is being overseen by a high-level group chaired by Karbon Homes CEO and NHC Chair Paul Fiddaman.  This group have developed a Statement of Intent with the ambition of bringing all the region’s existing homes to EPC ‘C’ by 2030.

Today, alongside the official launch of NEECCo, we are delighted to announce that the NHC, Consortium Procurement Construction, and Prosper have created a new partnership to support the efficient and cost-effective delivery of the North East’s retrofit ambitions.  We hope that by working together, we can help the region attract the key resources and supply chain needed to deliver its ambitions.

We will be making a formal announcement later in April which will provide further information about this exciting new partnership.

We hope that CPC & NHC Members will also sign up as NEECCo supporters and make their own pledge to help with “Becoming England’s Greenest region”. 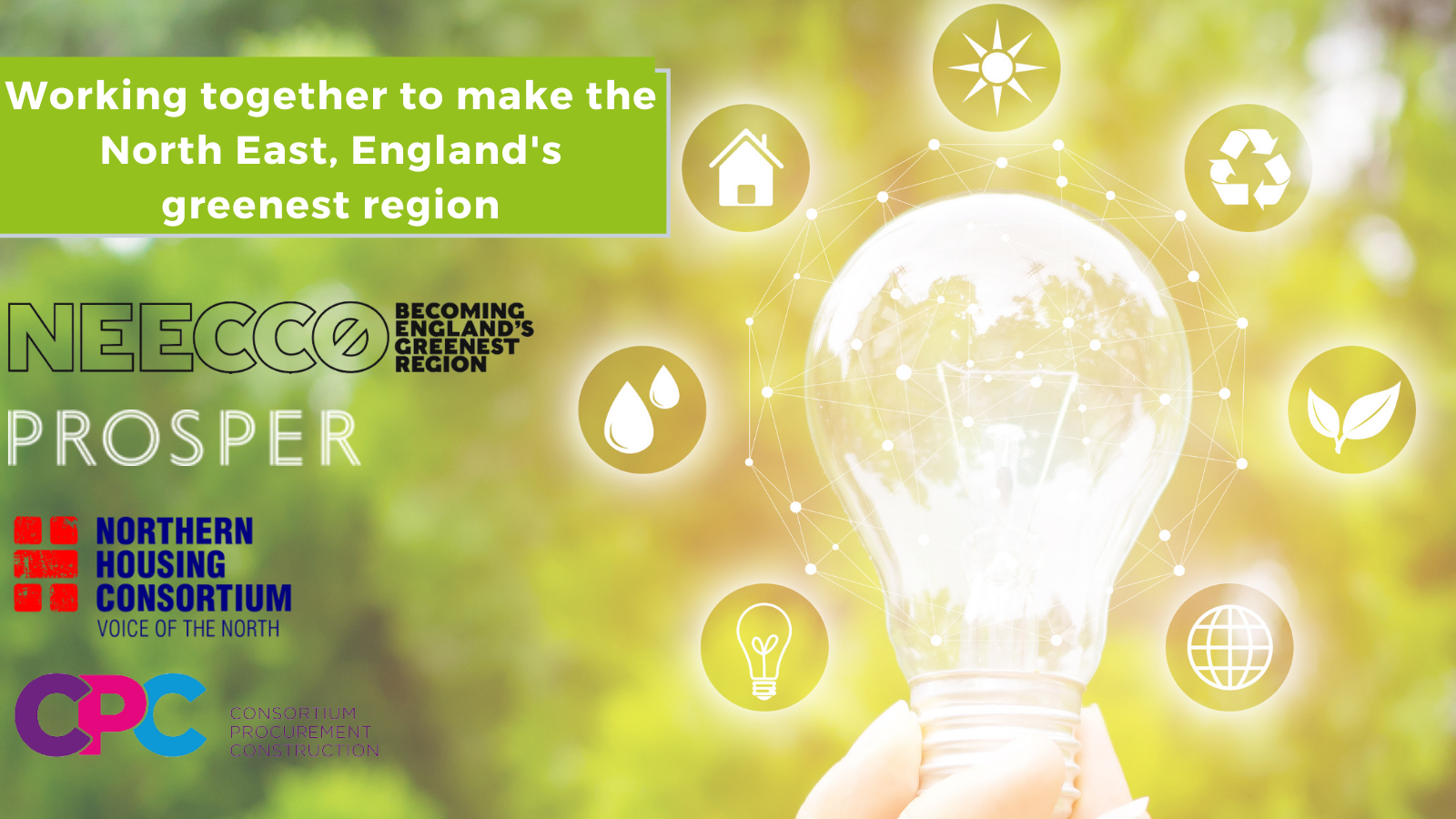 Back to news
Back to top